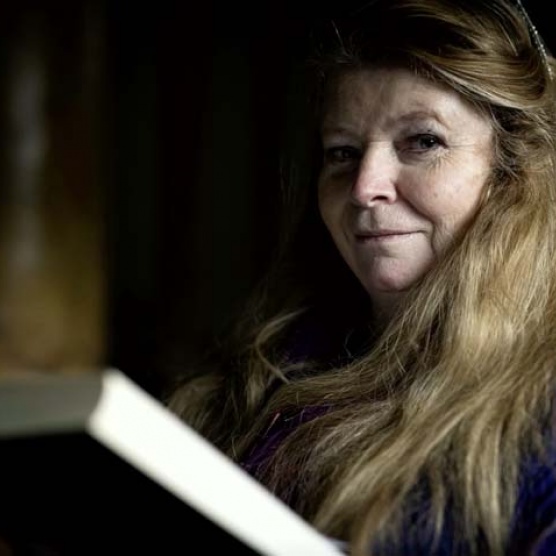 Born in Lancashire, England, of Irish parents, she moved to Ireland at the age of 6, and was brought up in the Dingle Gaeltacht and in Nenagh, County Tipperary. Her uncle is Monsignor Pádraig Ó Fiannachta of Dingle, the leading authority alive on Munster Irish. She studied English and Irish at UCC in 1969 and became part of the 'Innti' school of poets. In 1973, she married Turkish geologist Dogan Leflef and lived abroad in Turkey and Holland for seven years. Her mother brought her up to speak English, though she was an Irish speaker herself. Her father and his side of the family spoke very fluent Irish and used it every day, but her mother thought it would make life easier for Nuala if she spoke English instead.